Jubilation as Jonathan ‘Jango’ Ogboffa graduates after a decade in UNIJOS 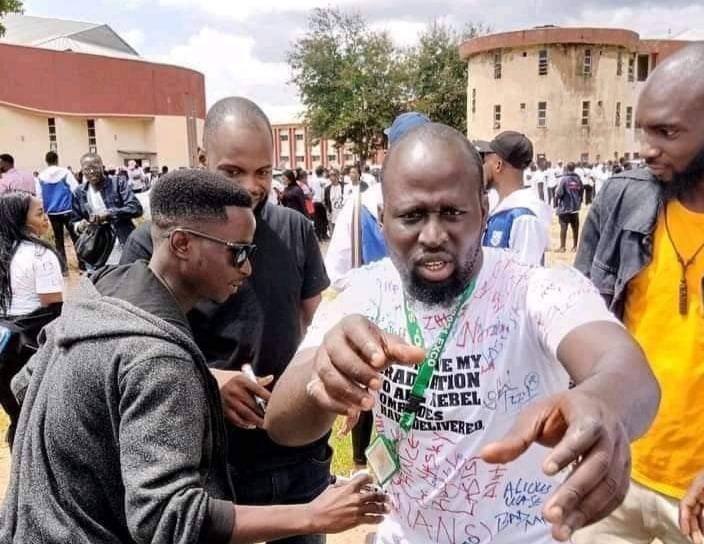 There was wild jubilation as a popular student, Jonathan Ogboffa finally graduated from the University of Jos (UNIJOS).

Better known as Senior Comrade or Aluta Jango, he was in the institution for more than a decade.

Though Ogboffa gained admission into the Department of History Education about five years ago; he had been in the school community years prior.

Jango has a cult following among Northern students to the extent that many troop out to greet him and take photos whenever he visits tertiary institutions.

He was a fixer who helped new and old students with registration, accommodation issues and other challenges.

Jango is trending on social media as current and former students recall his actions, praising him for his efforts, humility and resilence.

Ogboffa earned the nickname Aluta (the activism word for Struggle) due to his readiness to take on the government and university authority.

Not one to bow to threats, Ogboffa co-led protests against decisions and policies not in the best interest of students.

“I dedicate my graduation to all rebel comrades I have delivered” – the caption on his t-shirt on last exam day read.

A Twitter user, D Guy Lokal wrote: “The graduation of Comrade Jango like election campaign rally. Over a decade in the University of Jos.

“The Comrade of rebels. Aluta Jango, you alone made the school more famous than its academic excellence.”

Blaqboi Vic tweeted: “Comrade Jango has finally graduated from the University of Jos. There’s no one like him, there will be none like him. Aluta Jango.

“The most popular Josite for about a decade. Man was popular even before becoming an actual student. There’s no SUG President that has the time length of his popularity.”