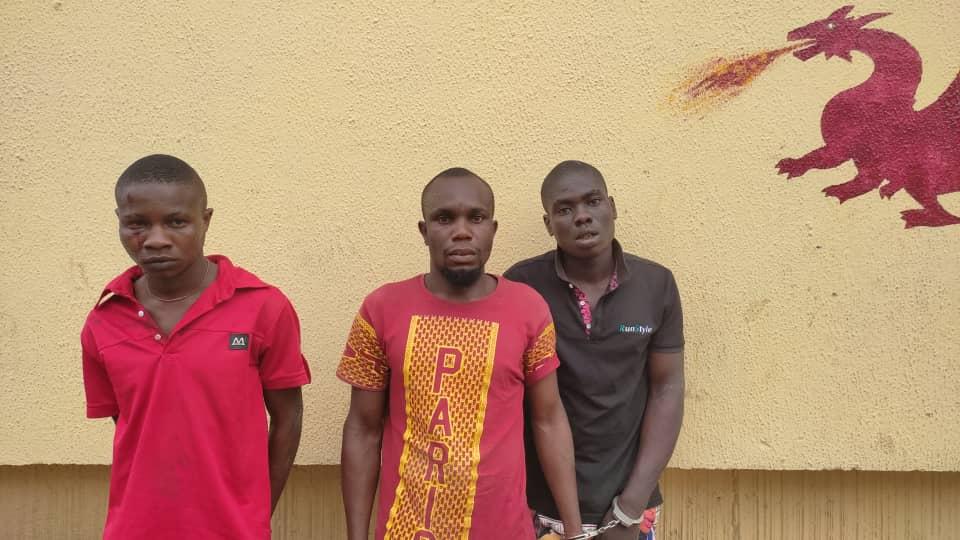 Vanguard gathered that Dr Edmund Akpaikpe who was kidnapped on Sunday in Bakassi while dropping off his maid at Esigi village regained freedom after Anti Kidnapping &Cultism Squad AKCS (Dragon)were closing in on the kidnappers around the location where he was kept in the forest at about 2:00 am on Tuesday.

According to a security source who pleaded anonymity after actionable intelligence was provided, Anti Kidnapping and Cultism Squad ( Dragon) led by SP Abdulhameed Awodi swung into action combing the area, when they realized they could be apprehended they let Dr Edmund after they were given a hot chase.

Vanguard findings also showed that while chasing the criminals, they also abandoned the victim’s vehicle a black Toyota Camry with REG AAA 564 BZ which was also recovered by SP Awodi and his Dragon squad.

Also, three notorious kidnap suspects were apprehended in connection with the abduction of Dr Akpaikpe, they include Samuel Ime Thompson, 25 years, Kingsley Mbetobong, 23 years, and Asuquo Ekpo Etim, 26 years who Vanguard learned have also confessed to the crime.

Confirming the rescue of Dr Akpaikpe on the telephone, Police Public Relations Officer in the state, DSP Irene Ugbo said against all odds they have been recording success as the police have facilitated the release of four kidnap victims in one week.

She told Vanguard that the spate of kidnapping in the country was saddening especially now that we are coming to the end of the year, adding that a lot of criminally minded individuals now “use” the excuse of trying to meet up to get into various crime including kidnapping.

“We want to use this opportunity to warn criminally minded individuals to either leave the state or be law-abiding, we have resolved to go after anyone who is involved in crime with brutal force, as we will not treat any kidnapper with kid gloves.

“The rescue of Dr. Akpaikpe is yet another success by AKCS, and we commend SP Awodi and his men, including other units for carrying out the orders of the CP, Aminu Alhassan to the latter, we laud Dragon Squad for their dexterity because they are giving their all to making sure CrossRiverians go about their lawful activities.

“We are also appealing to the public especially those living within riverine area, creeks not to keep quiet whenever there is suspicious movement or see a face that is not known in their vicinity, they should always keep us abreast of such, because it makes our job easier, she said.

Speaking further, she said the trio have confessed to the crime and would be charged to court adding that police was still on the trail of two other members of the five-man gang who escaped during the operation.

Vanguard further gathered that Dr Akpaikpe who was severely brutalized by his abductors was now receiving treatment in a hospital and was also in a stable condition.

Something Has Gone Wrong With Our Son’, Says Father Of 19-year-old Boy Who Tried To Assassinate The Queen